atch him polishing Auto-Tune vocals for Quavo and hand-picking beats for Lil Yachty.

Quality Control engineer Thomas “Tillie” Mann spent months tracking down The Stereotypes to play some beats for Lil Yachty. He was a big fan of the production group’s work with Bruno Mars, and thought the quartet might be able cook up some magic for the young Atlanta rapper’s debut studio album Teenage Emotions. When the hitmakers finally made it to the studio to play a pack of beats for Yachty, however, he wasn’t familiar with their discography and didn’t give his full attention to the session.

It didn’t matter, though. Thanks to their experience working together, Tillie knew he could bring out the best in Yachty regardless of the situation. The Detroit native took the reins by picking out the beat which would later become “Better.” Before Yachty left the studio for the evening, Tillie coaxed him to record a one-take verse and took over from there.

“I was just working on stuff all night, mixing and moving stuff around,” Tillie remembers. “I cut some of the stuff he said in the verse and moved stuff around and made a hook. Then, I went in and made a verse. I woke up the next day and sent it to him and he replied like, ‘This is my favorite song now.’”

This is just one example of the expanding role of engineers in hip-hop, who must increasingly handle responsibilities beyond tracking vocals and mixing songs. As many rappers record new material at a breakneck pace and rely on Auto-Tune more heavily than ever, engineers play a key part in bringing an artist’s vision to life while serving as a critical ear for new music as it’s being recorded. It’s in this role that Tillie has excelled, helping Quality Control become the influential record label it is today.

As long as Tillie can remember, he has been around music. While growing up in Detroit, Tillie would accompany his mother, who was once a backup singer for George Clinton, to the recording studio. While she was laying down vocals, he would keep himself occupied by messing around with instruments while nobody was watching. Eventually, Tillie was able to play the drums and a few chords on the guitar just from watching the countless hours of rehearsal.

In addition to developing a natural ear for music, Tillie discovered a talent for tinkering with gadgets. Both of these skill sets came in handy when his older sister was offered a record deal with Aretha Franklin and needed someone to engineer and produce her vocals. Although she decided to go to college instead, the experience piqued Tillie’s curiosity. He soon started working with artists on the local scene during his early teen years, forming a group in which he rapped and served as the engineer.

This experience proved useful when Tillie moved to Atlanta in 2006 at the age of 16. While trying to make it as a producer, he started working with rappers like Lil Scrappy and Rocko, but everything changed after meeting Rich The Kid in 2012. The “Plug Walk” rapper introduced Tillie to Migos a year later, and he become one of the group’s closest collaborators after joining Quality Control in July 2013. 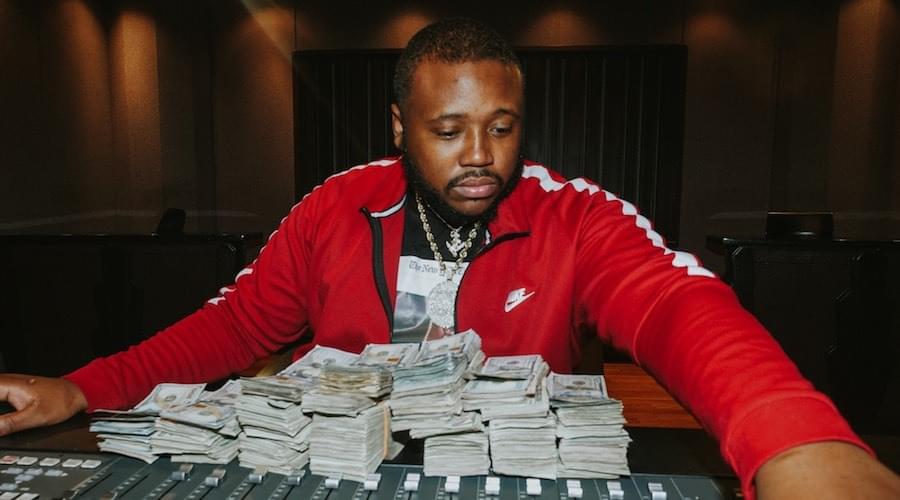 Since teaming up with the Atlanta powerhouse, the 28-year-old has risen to the role of head recording and mixing engineer. After playing an integral part in developing several artists on the label—most prominently Migos and Lil Yachty—he recently took on A&R responsibilities. Initially, Tillie spent a few years working closely with Quavo to help create his group’s signature sound. After Lil Yachty signed to Quality Control in 2016, Tillie shifted focus to collaborating with the nascent artist.

Migos is the first QC act that Tillie worked with in an official capacity. He actually made a mix of Y.R.N., the Atlanta trio’s debut mixtape on the label, but they ended up releasing the project in its original form. Tillie says Migos described his mix as “too clean,” explaining that they wanted to keep the “pain and roughness” in their vocals. As a result, their close relationship didn’t truly begin until Quavo overheard the engineer’s work with former Quality Control rapper Rich The Kid.

“Quavo pulled me to the side one day and said, ‘You make his voice sound so good. Why don’t you make us sound like that?’” Tillie recalls. “I was like, ‘I could. But as an engineer, you kind of have to explain to me how you want it to sound. If you explain to me, I could do it.’ I think the first record that came out that I actually mixed was the ‘Hannah Montana’ remix. From then on, I kind of just did everything.”

Developing the Migos sound was a collaborative experience, especially when it came to refining how the group—particularly Quavo—used Auto-Tune. As Quavo would communicate how he wanted his vocals to sound, Tillie would implement the changes. Quavo would often sit down next to Tillie to soak up knowledge about mixing, to the point where Tillie now describes the Migos member as a good engineer in his own right.

“I recognize the power that us as engineers have.

This back-and-forth feedback allowed Tillie to create an Auto-Tune template that he says Migos still uses to this day. Based on plug-ins such as Waves Manny Marroquin Reverb, Waves Renaissance Vox, and AVID D-Verb, it came together over the course of a year and a half starting in 2013. The template was developed in Auto-Tune 5, which Tillie says is “the sound of the urban industry.”

Tillie’s role in the studio isn’t limited to tracking and mixing songs. Thanks to personal relationships with all of the artists he works with, he frequently gives feedback on songs as they’re being recorded. “If your friend puts on a crazy outfit or something, you’ll tell them,” he points out. “As an engineer or producer, you can’t make your artist look bad. Even if they say a line, I’m immediately hopping on my phone and looking up the word in the dictionary to make sure it makes sense. If it doesn’t make sense, I’ll be like, ‘That like really doesn’t make sense. Let’s do it over.’”

This type of critical input easily translates to Tillie’s A&R role for Quality Control, which was made official in August 2016 while working on Teenage Emotions. To hear Tillie tell it, the added responsibilities were a natural extension of his duties as an engineer as well as his recognition of the wide range of opportunities available to engineers.

“When managers have to meet, or when label executives come down to Atlanta to talk to our label, when artists are doing features, who is the person they never tell to get out of the room?” Tillie asks. “I recognize the power that us as engineers have. I always make suggestions and tell Coach K. Coach is a mastermind, but I had a voice in a lot of things. When it comes to picking records, I knew all of the songs.”

As such, it was only natural for Tillie to play a large role in developing Yachty’s career from the engineer’s seat. They have been working together since Summer Songs 2, forming a close enough relationship that Tillie describes himself as the co-pilot on Lil Boat 2. Aside from his usual recording and mixing duties, Tillie often pulls up beats and suggests the type of song Yachty should make. In some cases, Tillie will even take an unfinished track and make it into a full song.

Tillie continues to be hands-on with Yachty as they work on his next project, but has his eye on the future. “Every time we get a new artist, I work more with them,” he explains. “I’m always more involved with the artist in the start up and building of their brand.” For now, that means working with Kodie Shane, a member of Yachty’s Sailing Team crew, and Mango Foo from Migos’ YRN label. Considering Tillie’s track record, both acts are worth keeping an eye on.

Check It Out Now!